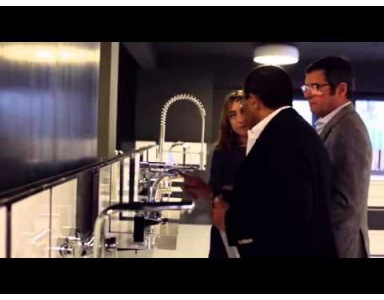 Genebre started its activity in 1981 in the market for fluid control valves, and later continued with the internationalization of subsidiaries in Europe, Asia and America. The company has maintained continuous growth over the years to become one of the world leaders in its sector.

As a result of this growth, in 2008 the Genebre Group holding was created, which currently counts on Hobby Flower, their Hydro-planters brand (acquired in 2012), and Genwec Washroom Equipment & Complements (created in 2014), specialized in public bathroom equipment. These new companies complement the Genebre Group's diversified portfolio, which enables us to be present in the “Canal Contract”.


We control all of the creation processes, responding to the specific needs of each market, from the inicial concept and design of the product to the production and commercialization.